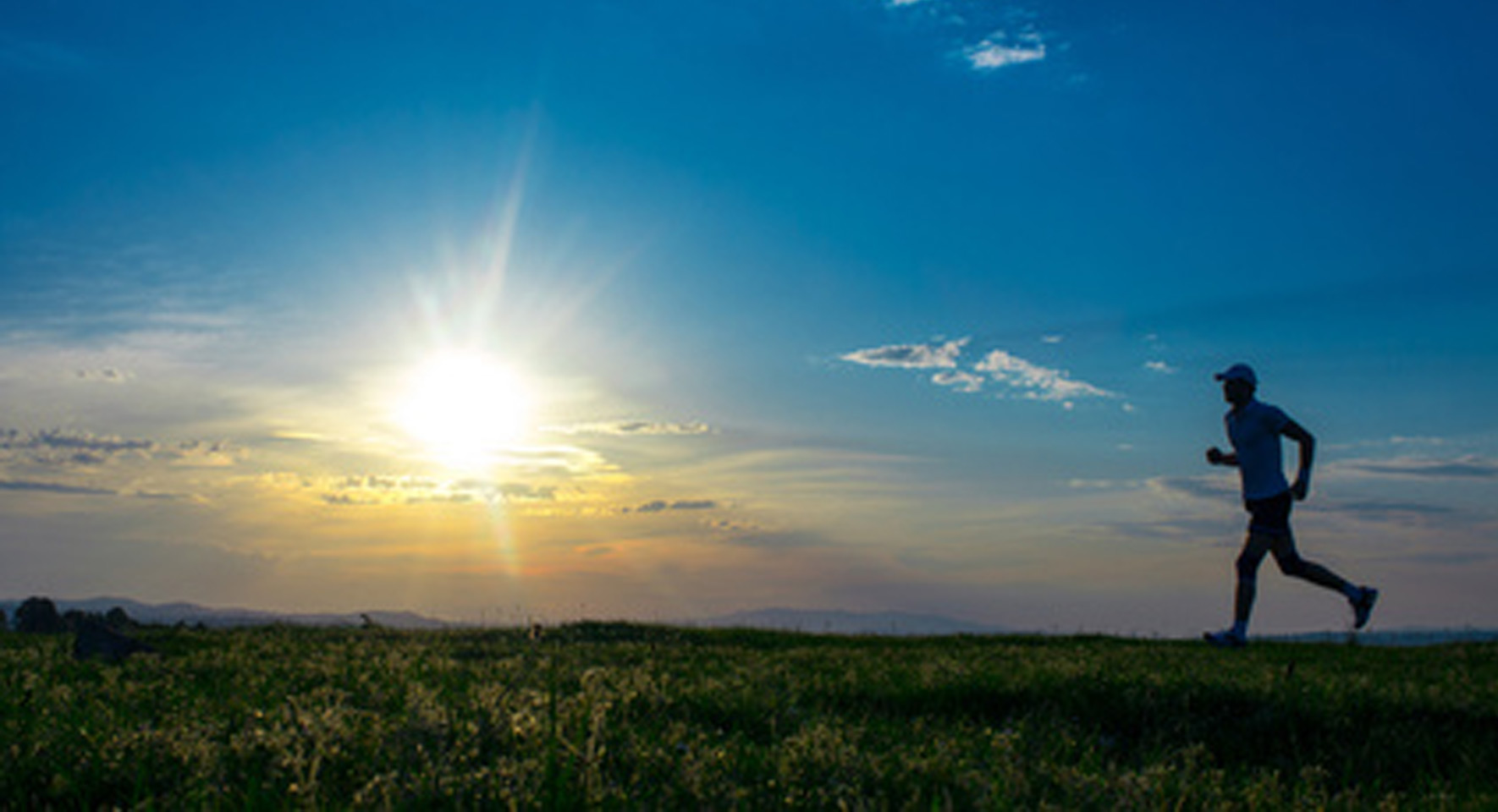 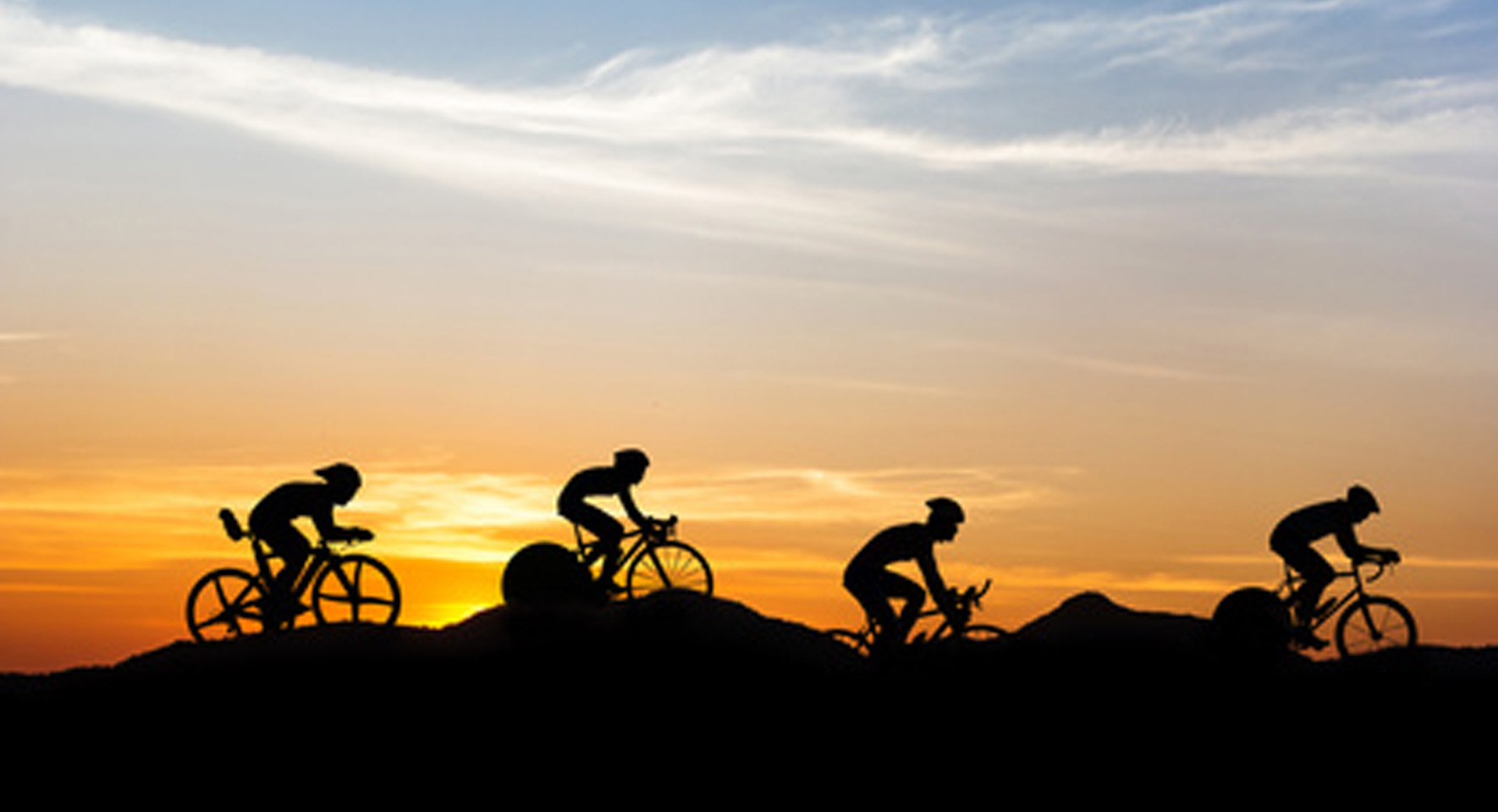 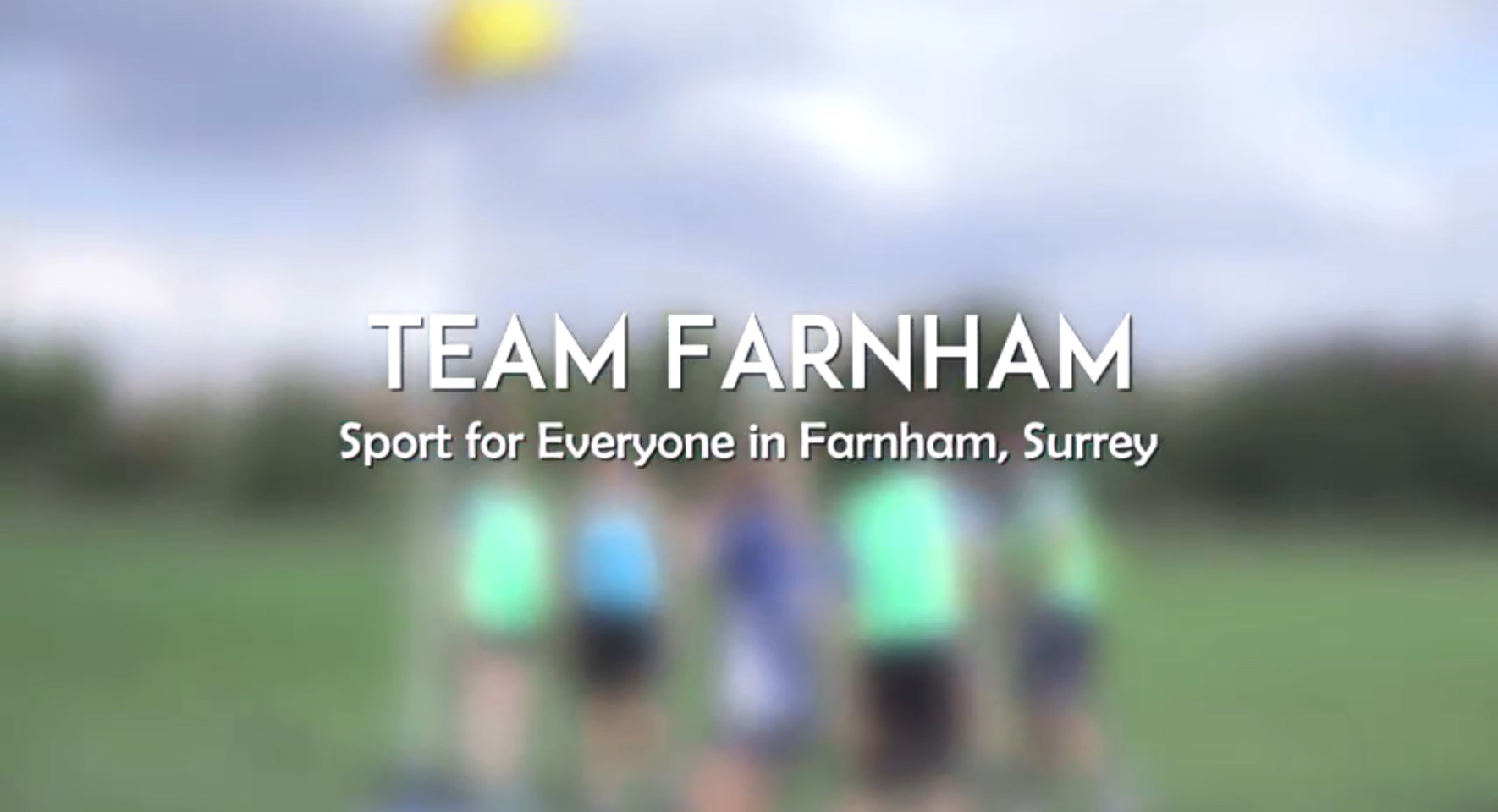 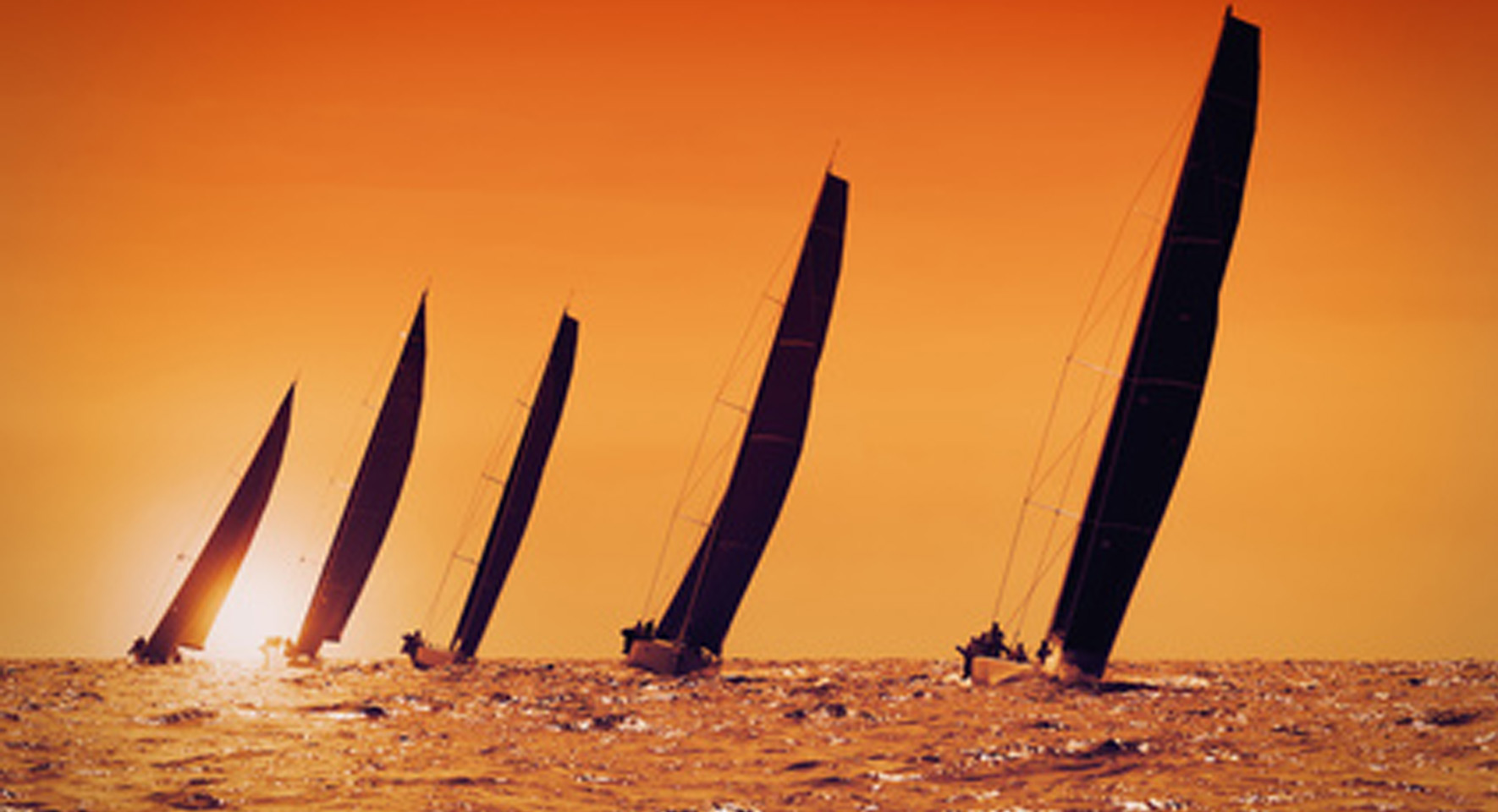 Sports Club of the Year

Farnham Rugby Club were the unanimous verdict of the judging panel. This is a benchmark community sports club who confronted the pandemic by sustainingcontact with, and social media activities for, their large membership whilst maintaining a completely professional approach to the club’s management. Despite the obvious setbacks to the club, they continued to be active, ambitious and innovative, even developing their own successful track and trace system.

Farnham Runners – an outstanding community running club for all ages and abilities who, in a highly responsible manner, maintained their events and activities programme either virtually or for real throughout the year.

Frensham Pond Sailing Club – the contribution of the club’s volunteers has been incredible to enable sailing activities to resume. The lockdown period included the setting of a Support Group of volunteers for the benefit of their members should they require help.

Stellar Gymnastics – the judges would like to acknowledge the contribution to both the sport and the club by their passionate head coach, Hannah Fox. Her determination to carry out multiple risk assessments and maintain some form of gymnastic activity and contact with her members was unique. This is an ambitious gymnastics club that, from the multiple nominations received, cares about its members.

Farnham Falcons represent the women’s rugby element of Farnham Rugby Club. From a starting base of two players, the Falcons have grown in the space of a year to a women’s membership of over 50 with all the players demonstrating a huge amount of passion and commitment despite the challenges of 2020. This is the concept of sports development at its best and it makes the club even more inclusive and family-friendly.

Oliver Stratton-Brown is a talented, 13 year-old sailor from Frensham Pond Sailing Club. Despite the pandemic, his crowning achievement in 2020 was to win the Tera Class National Championships which were held at Weymouth in August. Racing against 63 competitors, the competition was very strong and the races were held in tough weather conditions. Winning a national sailing title is no mean feat and this may, we anticipate, be the start of Oliver achieving more major successes as his sailing career progresses.

Farnham Rugby Club’s 1st XV who, in the 2019/20 season secured promotion to the London 1 South division, the highest playing position it has achieved since the club’s formation in 1975. They have a very good squad of players, many of who have come through the ranks of their own Academy.

Lottie Woad from Farnham Golf Club who was last year’s Farnham Junior Sports Personality of the Year. Despite the pandemic, Lottie has enjoyed a hugely successful last 12 months on the National stageincluding being selected for the England national ladiesteam.

Farnham Rugby club’s Under 16’s squad. Their A team finished the 2019/20 season unbeaten in both friendly and county cup matches and they won the Surrey County Cup for the second year running whilst the B team also enjoyed a hugely successful season. One of the club coaches, Lee Kirkham, received the Surrey 2019/20 Junior Coach of the Year award in recognition of the under 16’s development.

Alex Whattingham. In a similar vein to Captain Tom Moore, and starting in his garden, he decided to walk to keep fit during lockdown. Starting with 10,000 steps a day, he kept increasing the amount he walked and, before he knew it, he’d completed 3 million steps….and he’s still going! He’s lost weight and become remarkably fitter so he’s been a great role model for the COVID period.

Jane Probett from tFarnham Runners whose nomination reflected a remarkable lifestyle story. She very tentatively joined a running club and, overcoming injuries and losing four stone in weight, she showed tremendous spirit and determination, going on to represent the Farnham Runners in both cross country and road league races. What makes Jane’s achievement all the more remarkable is that she suffers from laryngeal dystonia and one of her great running incentives is to raise money for Dystonia UK.

Dave Porter He’s someone who really makes a difference in the community. 2020 was supposed to be the year when running events all around the country were cancelled or run ‘virtually’. But our own local races – the Farnham Pilgrim Marathon and Half Marathon and the Woodland Woggle – still took place in the autumn, just a few weeks apart. There were hundreds of participants in each event and both were safely and carefully planned and managed in the COVID era.

Carl Baker. This nomination was submitted by Rowledge Cricket Club where Carl is the complete‘hands-on’ chairman. Carl responded positively to all the anxiety in the club about whether a cricket season would even happen by being constantly pro-active – and ultimately leading the club to one of the most successful seasons in recent history. Not only did his quite outstanding efforts make a difference at the club but he was a positive influence in his local community, too, where he led from the front.

Alan Searle. The judges were really impressed with the contribution he has made at the Bourne Club in this challenging year. He’d already had a massive impact on the indoor racket sports scene at the club but as restrictions tightened on indoor sports, and in order to keep everyone together, he organised tennis leagues for squash and racketball players to take up an outdooractivity. This programme kept people active during a period when they might have dropped out of sport altogether.

Farnham School of Tae Kwon Do – like many indoor martial arts – have faced a very challenging year. Adapting to a quite unprecedented situation, the lead instructor converted his garage into a small training studio, learnt how to use Zoom and taught classes and undertook gradings with his members online. The club would like to acknowledge the considerable support and development of three of their students. Two of them are black belts – Nick Nawrattel and Sara Maitland and the other, Rachel Nawrattel, gave invaluable support to ensuring the varying guidelines were known and followed by everyone.

David Georghiou is a dedicated member of the Farnham Runners. Despite having to give up running because of injuries, he has worked tirelessly behind the scenes to support the club, especially in these difficult times. During lockdown, he built a completely new website for the club which has enhanced communications with members at a needy time and his nomination by the club as an unsung hero met with unanimous approval.

Kate Whyatt at Frensham Pond Sailing Club. Kate is a volunteer with the Sailability section, offering sailing for those with disabilities. In terms of getting the sailing activity underway again, she worked tirelessly behind the scenes to plan and implement how sailing sessions could resume in a way that minimised any risk to both disabled sailors and the volunteers. It’s been anoutstanding contribution and has helped the lives of a group of people who really valued the activity re-starting.

THE FARNHAM SPORTS AWARDS 2020 were held on Zoom on 7th December. Congratulations to FARNHAM RUGBY CLUB for winning Sports Club of the Year. The Outstanding Achievement Awards were won by the FRC’s FARNHAM FALCONS and 13 year old sailor OLIVER STRATTON-BROWN. the Unsung Heroes of the Year were run organiser, DAVE PORTER, The Rowledge CC chairman, CARL BAKER and ALAN SEARLE from the Bourne Club. This years Sporting Inspiration awards were won by JANE PROBETT and ALEX WHATTINGHAM.